The election of 2016 will be one that scholars will talk about and reference for a long time. While we do not know how history will remember these past two years, we do know that Republican nominee Donald Trump will be sworn into office on January 20, 2017. As we noted in our October market commentary the election was too close to call and, as a result, we were not comfortable in projecting market reaction past November 8th. Good thing too. Full Republican control of the House, Senate and White House would not have been our first guess.

All Presidential elections come with a great number of policy promises. Some of the policies come to fruition in some form as others disappear from the conversation the day after the election, never to be uttered again. In some cases this is a result of a legislative reality where one or both houses of Congress are not on board with a specific policy. In other cases the policy was more of a fantasy, either not very well thought out or just pure rhetoric. With the Republicans in control of the entire process Trump stands a good chance of enacting his economic agenda – which is what is relevant for the markets- through the budget reconciliation process, which only requires a majority vote in the Senate.

Here are the issues we see as important for the economy and the markets:

Infrastructure – The President-elect has been very clear that he wants to see an infrastructure spending bill passed in the early days of his administration. Out on the campaign trail he was specific in stating he would double the proposed $250 billion spending his opponent looked to achieve, so $500 billion is what we assume he would want to spend. Spread this spending out over four or five years it would be a stimulus for the economy, jobs and the industrial sector.

Taxes – Lower rates are very likely for both corporations and workers alike. This has been front and center for Trump as well as Republicans in the legislature. A top tax rate for corporations of 15% is what both sides have talked about. There are a number of ideas for individuals, but fewer and lower tax brackets, in some capacity, are expected. Repatriation of off-shore corporate holdings is highly likely as well, and might be one way to pay for some of the infrastructure spending. The corporate tax cut is good for corporate earnings. Lower personal tax rates put more money into people’s pockets and, assuming they spend it, a boost for economic activity.

Healthcare – It should come as no surprise that we would expect “repeal and replacement” of Obamacare to be on the legislative agenda the first week in January. Trump and the Republicans hold this as a high priority. Even though he has talked about it a lot, Trump has not had a plan beyond a few talking points. Speaker of the Hose Paul Ryan, on the other hand, does have a plan which we expect to be the blueprint for the new healthcare initiative. The economic ramifications, in our opinion, are hard to quantify at this time. From a market perspective we see the sector as a whole doing well, with the exception of hospitals that are likely to lose reimbursements under a changed system.

Trade – A centerpiece of Trump’s campaign message and we expect big changes here. As President he has more latitude to act without congressional constraints. The Trans Pacific Partnership is dead. NAFTA will be renegotiated at best, thrown out at worst. Tariffs have been seriously discussed as a way to deal with trading partners who won’t agree to new trade terms. He has also indicated he will brand China a currency manipulator, which could become problematic and isn’t necessarily reality.

“… the currency-manipulation tag exemplifies an era that has come and gone. While China had actively weakened its currency in the past two decades to boost exports, the nation reverted to propping up the yuan over the past 18 months. A softening economy has prompted capital flight, leading the central bank to sell dollars for yuan to restore investor confidence. The currency has depreciated about 4 percent this year, following a similar decline last year that was the biggest since 1994, when China unified its currency market.

“If China hadn’t been ‘manipulating’ its currency, it would have been much weaker,” said David Loevinger, a former China specialist at the Treasury who’s now an analyst at asset manager TCW Group Inc. in Los Angeles.” source

It is very hard at this time to judge how much of what was said on the campaign trail was rhetoric and how much is going to actually happen.  In the short term any one of these issues can cause general economic pain while hurting U.S.-based multi-national corporation sales and earnings. There are many possible unintended consequences to trade policy mistakes.

Fiscal Policy (Federal Budget) –  Not much known at this time beyond the desire to increase defense spending to “rebuild” our national defense. This is positive for the companies who sell into the Pentagon.

Bank Regulation – There is a desire to repeal the Dodd-Frank Financial reform Act of 2010 according to the Trump transition team, but is not likely to be on the immediate agenda (Source). Because this would start in congressional committees this is likely to take more time if it actually happens. More likely in our opinion is a weakening of the law in the coming years. Any loosening of regulations would be seen as positive for banks.

Here are our views on the various markets we follow:

In the two days after the election we think the markets have acted rather rationally. The areas that have positive expectations going forward have moved higher while those perceived to be negatively impact by future policy have declined in value. Some of the initial moves have been large, likely a result of portfolio shifting and short covering by large market participants. In the long run positive returns will be the result of higher earnings.

The initial reaction to a Trump Presidency was for yields to make a substantial move higher. Given the expected economic stimulus from higher spending (defense, infrastructure) and tax cuts, higher rates are no surprise. The combination of higher economic growth and tighter job markets are inflationary. In such a situation The Fed will be more likely to raise short-term interest rates. The increase in deficit spending from tax cuts and increased spending increases the size of the debt offerings, likely causing rates to move higher.

The initial move has been higher. New trade deals – or how Trump handles current trade deals – could have a big effect on the strength of the U.S. Dollar. For the immediate future we believe it will remain in its 18+ month trading range.

Higher inflation, even if modest, should at worst give a floor to commodity prices, more likely a move higher.

In the short-term we believe the economy will continue to putter along growing in the 2+% range. Job growth, which has been very good for a number of years, should also continue along its current path. Equities will continue to adjust on a sector and company basis as more is known about how government policy develops. Bond yields should remain higher than they were pre-election, assuming a Fed rate increase at their December meeting and tax reform happens in early 2017. Commodities and the U.S. Dollar are, in our opinion, much more policy dependent and thus harder to predict at this point.

In the bigger picture we remain open to seeing what evolves. If we do get the expected changes in tax structure and greater Government spending the yearly budget deficit will increase, adding more supply of U.S. Treasury notes and bonds that need to be absorbed by market players. Total debt come 2020 could grow from $19 Trillion to $25 Trillion. That larger debt is manageable as long as the plan achieves the 4% GDP growth rate the President-elect has promised. Debt as a percentage of GDP is what really matters.

Our concern is the 4% growth rate projection, is possible or sustainable?  According to the latest IMF global growth projections, the world will grow at a rate of 3.4% in 2017. If we come in closer to the expected world growth rate than the 4% number things will be different but probably not a major concern. On the other hand, if we are off the mark, adjustments would be needed in quick order.

As always, thank you for reading. If you found this helpful, please forward it on to others. If you have any questions on the materials presented, would like to be added to our email list, or would like our help with your investments, we can be contacted at 610-437-5650 or via email.

Wells Fargo Advisors Financial Network did not assist in the preparation of this report, and its accuracy and completeness are not guaranteed. The opinions expressed in this report are those of the author(s) and are not necessarily those of Wells Fargo Advisors Financial Network or its affiliates. The material has been prepared or is distributed solely for information purposes and is not a solicitation or an offer to buy any security or instrument or to participate in any trading strategy. Additional information is available upon request.

Stocks offer long-term growth potential, but may fluctuate more and provide less current income than other investments. An investment in the stock market should be made with an understanding of the risks associated with common stocks, including market fluctuations.

Investing in fixed income securities involves certain risks such as market risk if sold prior to maturity and credit risk especially if investing in high yield bonds, which have lower ratings and are subject to greater volatility. All fixed income investments may be worth less than original cost upon redemption or maturity. Bond prices fluctuate inversely to changes in interest rates. Therefore, a general rise in interest rates can result in the decline of the value of your investment.

Investing in commodities is not suitable for all investors. Exposure to the commodities markets may subject an investment to greater share price volatility than an investment in traditional equity or debt securities. The prices of various commodities may fluctuate based on numerous factors including changes in supply and demand relationships, weather and acts of nature, agricultural conditions, international trade conditions, fiscal monetary and exchange control programs, domestic and foreign political and economic events and policies, and changes in interest rates or sectors affecting a particular industry or commodity. Products that invest in commodities may employ more complex strategies which may expose investors to additional risks, including futures roll yield risk. 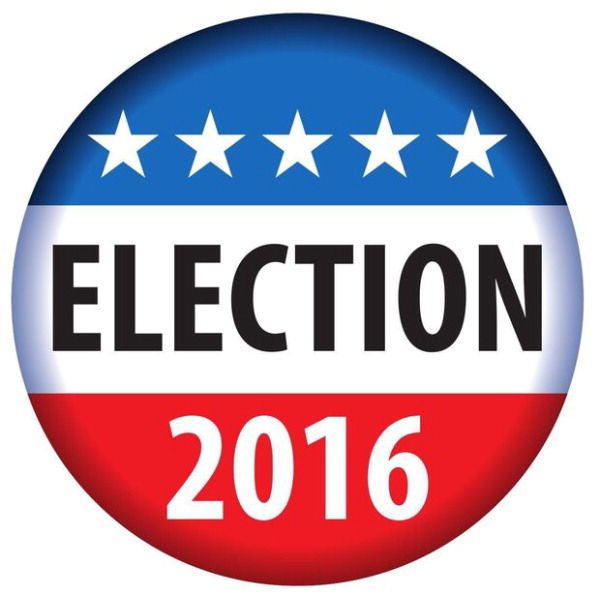 Article Name
The Financial Markets in a Post-Election World
Description
All Presidential elections come with a great number of policy promises.Here are the issues we see as important for the economy and the financial markets.
Author
Jonathan Soden
Publisher Name
Magellan Financial Inc
Publisher Logo